"The vision for the Ridgeons site, Cromwell Road, is to create a well designed housing development. The new development will incorporate new public open space, new pedestrian and cycle routes and respond positively to the character of the surrounding area" 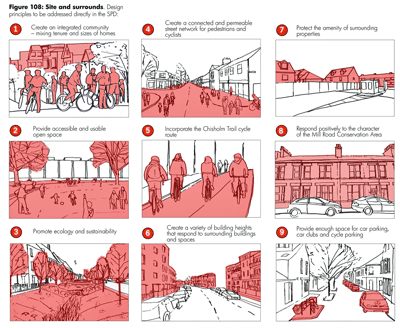 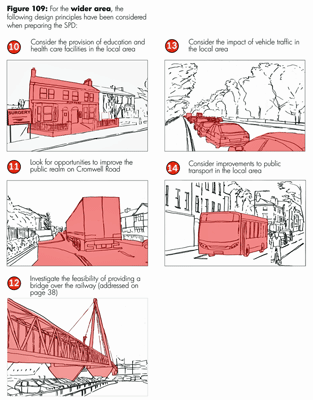 (4) 3.2.1. The development principles for the Ridgeons site are based on the analysis in the previous chapter. They have also been informed by two rounds of consultation with local people and key stakeholders.

3.2.2. The principles are considered in two parts.

3.2.3. The first are the site and surrounds, which are principles to be addressed directly in the SPD.

3.2.4. The second are for the wider area, which have been considered generally when preparing the SPD. However, the principles for the wider area are not in the direct control of either Ridgeons or Cambridge City Council and generally represent matters within the jurisdiction of the Highway Authority (Cambridgeshire County Council).